The Scofflaw is a Prohibition-era cocktail that combines rye whiskey and dry vermouth with lemon juice, grenadine, and a dash or two of orange bitters.

This classic cocktail got its name from a term for those who continued to imbibe during Prohibition in the US in the 1920s – those who “scoffed” at the law.

The cocktail was invented in 1924 at Harry’s New York Bar in Paris, France.

Harry’s New York Bar is an iconic bar that was a favorite haunt for influential figures like Ernest Hemingway and F. Scott Fitzgerald. Other famous classic cocktails to emerge from Harry’s include the French 75, the Sidecar, and possibly the Bloody Mary. 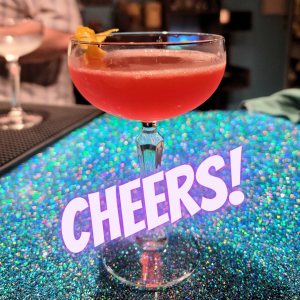 Combine all ingredients in a cocktail shaker and fill it ¾ with ice.

Shake until chilled, then strain into a cocktail glass.

Garnish with an orange twist.

No comments to show.